TLDR – Don’t throw away months of good will with a stupid, preventable mistake.

A long-term marketing campaign can really boost your brand’s image. But if you don’t keep the promises your brand makes, you’ll be worse off than if you never started the campaign at all.

Why? Because you’ve built trust with your audience. You’ve spent time establishing a relationship with them. So if your audience feels that trust has been violated, the reaction is much stronger. 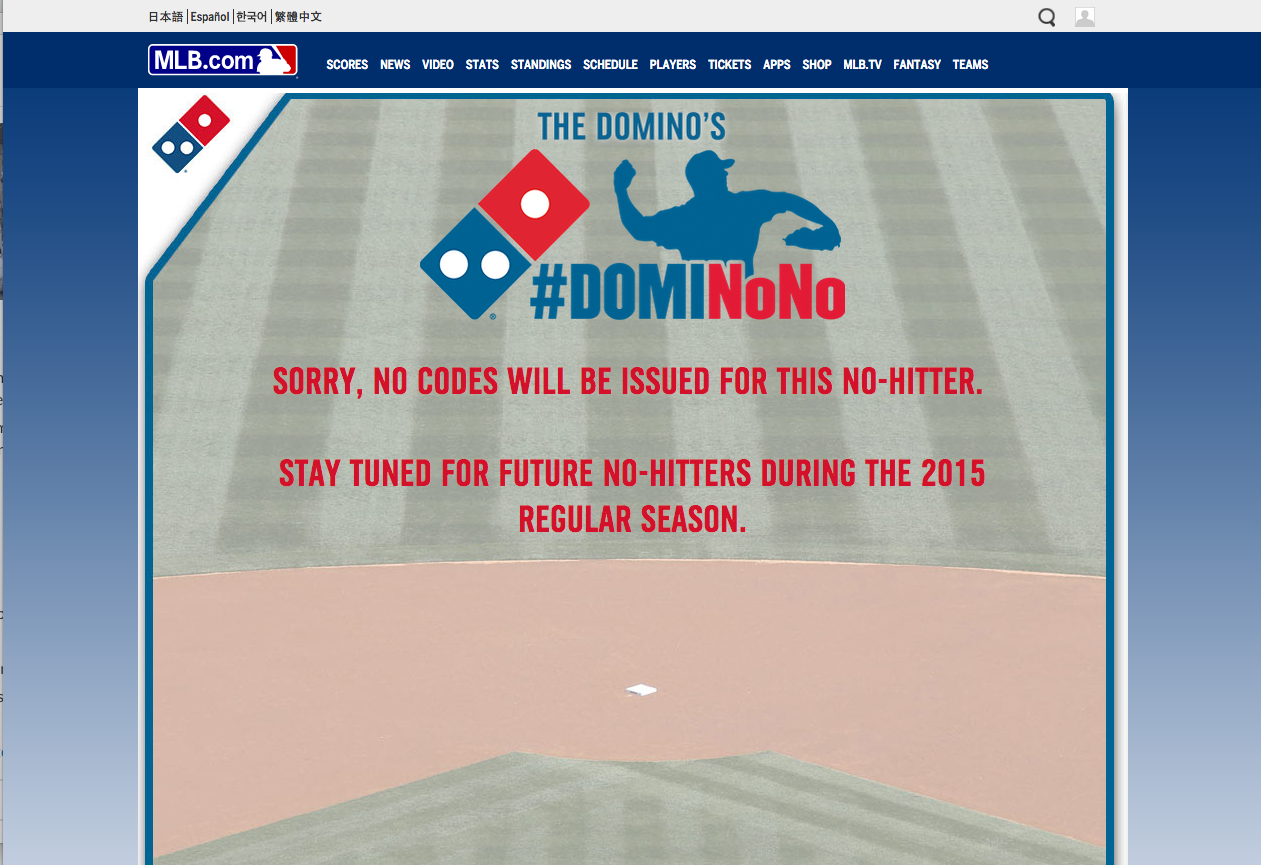 Domino’s had a campaign this baseball season where they give free pizza everytime there’s a no hitter. A no hitter was thrown the last weekend of the season, and inexplicably, they didn’t honor their agreement. People are not happy. https://twitter.com/hashtag/DomiNoNo?src=hash

Yikes. Though Domino’s blames this on a technical error, it’s still terrible press.

It’s really easy to get outraged on the internet. (Check out Jon Ronson’s excellent book So You’ve Been Publically Shamed for a look into how quickly – and randomly – the internet hate machine can find a new target.)

Because internet culture seems to encourage “brigading,” companies that mess up in public are at greater risk than ever before. A single mistake – including a minor campaign falling apart due to a technical error – can cause thousands of internet users who don’t really care about your brand to suddenly feel personal indignation.

Expect nasty tweets. Expect one-star review from people who have never been your customers. Expect this mistake to come up every time your brand makes a mistake in the future.

(Volkwagen is going to have a difficult time recovering from the recent emissions scandal, if the company ever does.)

How do you prevent this kind of mistake?

This Google Blog is a Must-Read for Content Creators